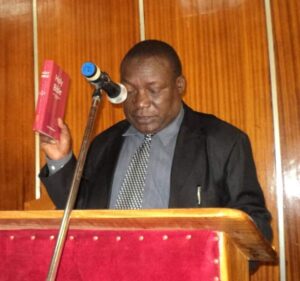 In his message of comfort and encouragement, the Speaker described the late Osuri as a progressive leader who embodied the true meaning of service to mankind.

“In Hon. Osuri, we have lost a selfless, focused and progressive leader who embodied the true meaning of service to mankind. The people of South East Alego Ward, who he diligently served from 2013-2017, will forever treasure his contribution to their socio-economic development,” he said.

The Speaker further eulogized the late MCA as “a consummate debater whose thoughtful contributions enriched the County Assembly of Siaya’s legislative agenda.  His modesty and visionary style to politics will forever be remembered.”

The Speaker prayed to God to give the family of the late MCA strength, fortitude and the grace to bear the loss.